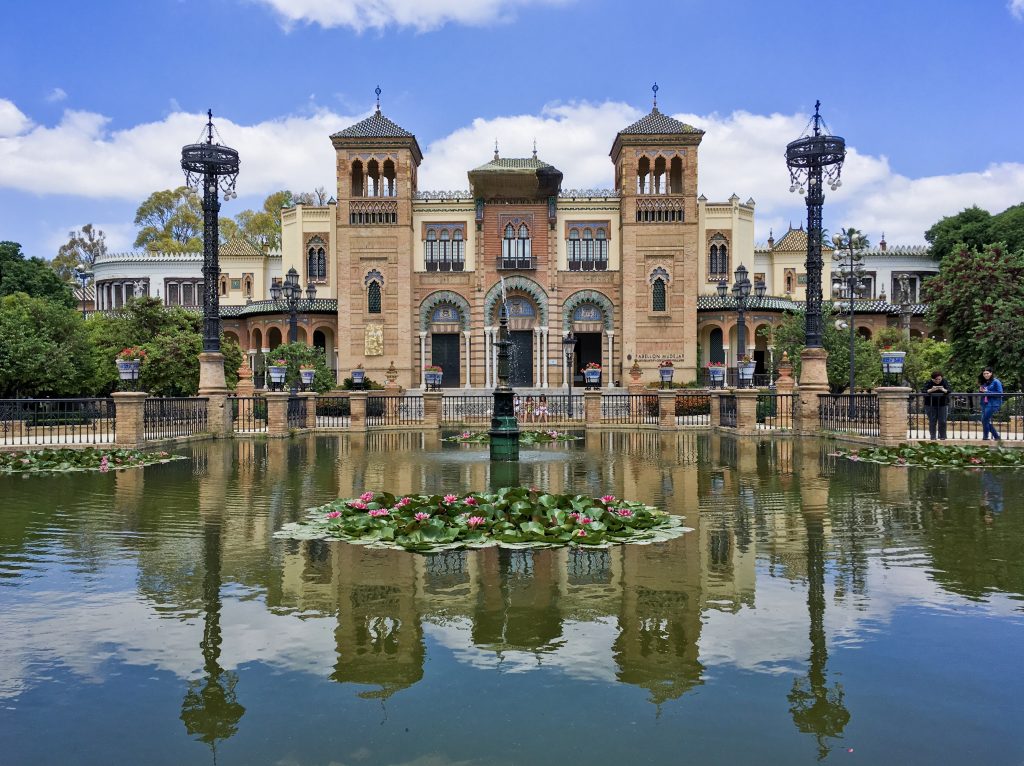 So funny story….Kyler was in charge of planning our honeymoon and I wanted it to be a secret until we arrived at the airport. He accidentally told someone at a party that he was planning on taking us to Spain without telling her it was a secret. Of course, she immediately came over to me to say goodbye and tell me to have fun in Spain.

That’s how we ended up in New Zealand actually! Kyler was so upset and adamant that it had to be a secret that he changed his whole plan. But lucky for us, we managed to make our way over to Spain this year after visiting Morocco and had a grand old time.

To be honest with you, I’m not sure if our trip to Morocco influenced my experience in Spain, but I was expecting to love it more than I did. It’s not that I had a bad time, but there were so many Moroccan influences throughout Southern Spain, in the design, the historical sites, the food. It was like Morocco lite. After experiencing Original Morocco, I just wasn’t as awed by it all.

That’s not to say that I didn’t love certain aspects and days and moments. I was absolutely enchanted by all the parks and gardens, which ended up being some of my favourite things we did throughout the country. Sevilla was just charming, and Ronda, Segovia.

The seafood was so sweet (sweet as in the opposite of tart or bitter, but also sweet as in cool, dude)! I ate more prawns in two weeks than I normally eat in a whole year. I finally learned how to row a boat. I saw a lady peacock, otherwise known as a peahen, apparently. I practiced my Spanish for the first time in about 10 years. There were only two instances of being giggled at.

But nothing compared to Barcelona, which blew everything out of the water. I am no architecture expert, but here is my assessment of why I loved Barcelona so much: a little rapscallion named Gaudi forever changed the way the city would be designed. Let me explain.

I feel like so much of the new part of the central city was designed the way it was because having a world-class architect build such interesting buildings and structures just elevated everyone else’s game. You can see it in so many of the other building facades. They were all trying to copy him.

Not only that, but the city itself was so thoughtfully designed. Each block was built as an octagon instead of a square to leave room for parking at what would be a block corner and to make it easier for pedestrians to cross the street. The buildings were built to be hollow in the middle so the could have lovely courtyards instead of interior apartments that have no windows.

And I haven’t even gotten to Gaudi’s work itself.

Let me just start by saying, I am not really a fan of abstract or modern art. But I get Gaudi. I love Gaudi. It’s like he just looked at a tree or a rock or a flower and said to himself, “Nature did such a good job of designing the world, why mess with it?” I just love that I can see that about his work without even needing to read a plaque or pamphlet.

Yet each individual aspect of a building so thoughtfully reflects his respect for nature without seeming like a kind of goofy caricature of it. You can understand his inspiration, but it’s so much more sophisticated than simply copying it or using a banana to represent a penis, you know what I mean?

All this to say, I think my favourite part of this trip was discovering Gaudi. Because design is such a big part of my life, Gaudi along with Barcelona, left such an impression on me. I am someone who feels so much satisfaction from being around good, thoughtful design. It’s like being hungry and taking a bite of your favourite food.

Of course, it’s not a perfect utopia. No place is. It has its problems, but simply walking around Barcelona made me feel so energized. It was just like discovering beef jerky for the first time when I was 27. True story.

Have you ever been to Spain? This time around, we made it to Sevilla, Ronda, Granada, Madrid, Segovia and Barcelona. Where would you recommend we go if we visit again?